Nine-year-old Fallon Emery, Melanie’s daughter, was recently diagnosed with brain cancer. Her prognosis is grim, but her family is doing everything they can to help her through her fight.

Fallon Emery  loves sports; especially softball and football, as well as spending time with her younger sister Mae. Fallon has had a relatively healthy childhood but, in October 2013, she began having what her mom, Melanie, describes as “strange seizures.” She would become unresponsive for about 30 seconds at a time. “For months prior to the seizures her behavior was off,” said Melanie, “but we related it to her being a preteen and thought those changes were normal.” Fallon’s seizures became more frequent, and worse.

One night, she took her little sister from her crib, brought her to her mom, and said it’s time to get ready for school. Only it was at 12:30a.m. The next morning, Fallon had no recollection of this event. Fearing that the seizures would cause one of her daughters to get hurt, Melanie took Fallon to the emergency room after school that day. “That was the day that changed our lives forever,” Melanie said. During their visit, the doctors performed a CT scan. It showed a mass on the right front of Fallon’s brain which the doctors believed to be a tumor. Fallon and her family were instructed to go directly to the ER at MUSC Children’s Hospital where doctors would be waiting for them. There Fallon had an MRI which confirmed what the CT scan had shown.

The next morning, December 5, 2013, Fallon had surgery to remove the tumor. Unfortunately, the results were not in the Emery’s favor. It was a Glioblastoma multiforme type tumor which is the most aggressive type of glioma tumor. To make matters worse, the doctors were not able to remove the entire tumor. Fallon stayed in the hospital for six days, and was able to return home for a few days. When she returned to the hospital on December 12th, the doctors had more unfortunate news. “I received the worst news from a doctor that a mother could ever hear,” said Melanie, “My daughter has not only one, but two tumors.”

The prognosis for the type of cancer Fallon has is not great. With or without chemotherapy and radiation, the doctors think her days may be numbered. Fallon, and her family, are determined to defeat this. “We are exploring every avenue and will never give up this fight,” says Melanie. The Emery family is consulting with a whole host of hospitals including St. Jude, Duke, MUSC, and other hospitals to find the best treatment plan for her.

Fallon has received an outpouring of love and support from her classmates, friends, family, and neighbors. Her Facebook page has received over 15,000 ‘likes’ for those following along in her journey. The page is appropriately titled “Fierce Fallon” because she is a fighter, and she needs all of our help for this one.  Join the movement in the Myrtle Beach community, share the message, and help Fierce Fallon as she fights brain cancer. 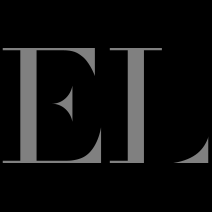